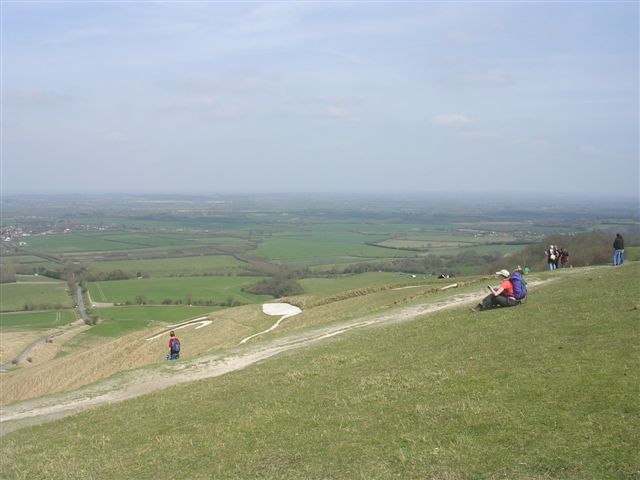 I drove to the small car park south of Wantage, put my walking boots on, and walked to the road. I saw two cars in the distance and hurried to pick a safe place for them to stop. I put my thumb out, and to my surprise they both stopped. The window was wound down and the occupants asked me if I knew where the Ridgeway was! I said I did and that I had parked my car behind those trees because I was walking the Ridgeway. They said that they were walking the Ridgway from Foxhill and I said that that is where I wanted to get to. The occupants were Claire and Gareth and the the second car was driven by their friend Ed. They were leaving one car here and driving to Foxhill so they had a car at the end. So I walked day 3 with them. Claire and Gareth had walked the section to Foxhill during the previous Autumn and were walking this section as training for the coast to coast walk they were doing in May. We had lunch on Uffingham Castle and covered about twelve miles this day. When we finished, Claire and Gareth said they were staying in a local bed and breakfast place because they were planning to walk the next section the following day. They asked if I would like to join them and I said yes. We agreed to meet at the same place the following morning and they would give me a lift back to my car at the end of the day.

What happened next
Home