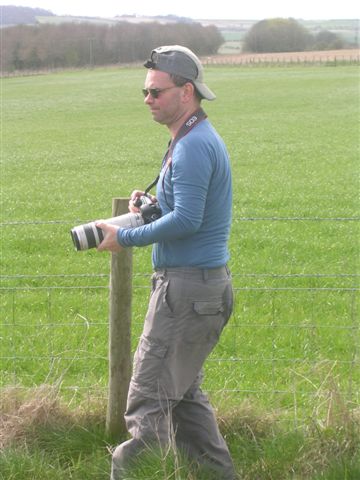 I drove back to the car park south of Wantage and a few minutes later Claire and Gareth arrived. We set off to cover the next 12 miles to Streatley. Just after lunch I spotted a bird of prey in a tree and Gareth took a photograph which he later sent to me.

In Streatley, we found the pub' where they had left their car, and had a drink before they dropped me back at my car.

What happened next
Home